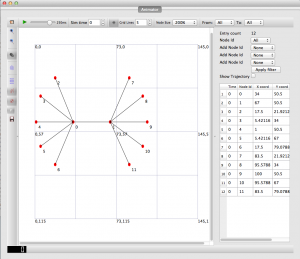 NetAnim 1.0 can read only Non-XML traces.

Here is the recommended set of steps for generating XML Animation traces.They must be applied before the "Simulation::Run" statement.